When I’m queen of the sci-fi universe, prequels will be the first works of fiction up against the wall.

Rarely, in my experience, are prequels any good, except to deliver one more morsel of a franchise to a ravening fandom. I can’t remember a single prequel that’s advanced a plot, or developed a character more or better than the original work has.

Prequels (and some sequels) just feel like official forms of fan-fic, and  maybe that’s what I hate most about them. Prequels are a sort of control freakishness on the part of a the creator. Rather than allow a story to take root and develop in the minds of the audience, prequels –  more than sequels – are  an attempt to control the story and profit by it.

Don’t get me wrong. It’s not that I don’t love certain franchises – I do. But I’ve decided to be selective about what I consume. I don’t read all the sequels and I try to avoid prequels. Let me give you some examples:

I’m crazy about Dune, by Frank Herbert. I’ve read the original book, and the glossary, appendices and all related Wikipedia entries, multiple times. But I will not read the sequels by Herbert. I choose not to believe that the prequels, written by Herbert’s son and Kevin Anderson, exist. The original was too awesome. I refuse to have my image of it ruined by universe over-development.

For the same reason, I have not been able to read The Silmarillion. I love Lord of the Rings and The Hobbit unconditionally. Sure, I get mad at them from time to time, and no, they’re not perfect books, but I love them anyhow, warts, dwarf-misogyny and all. I don’t need anything beyond those four books. I don’t want anything beyond those four books. I don’t need a Middle-Earth creation story. And I really can’t get beyond the fact that J.R.R. didn’t really put together The Silmarillion. His son did. 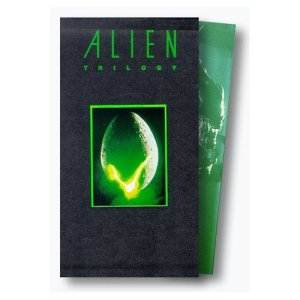 To me, the words “boxed set” suggest that a series creator has acknowledged the end of a franchise.

One last example: The Alien “trilogy.” When I was in middle school, Alien 3 came out. My dad, who loves him some Alien, went bonkers, and then Ridley Scott released the boxed Alien Trilogy set. We bought that for my father for Christmas and there was an Alien movie marathon at our house over the holidays, a marathon complete with gore, the void that is space and Sigourney Weaver sweating and delivering her lines in a whisper like an extra in Das Boot.

That was it for me; I mentally closed the door on the Alien franchise. The word “trilogy” had been applied. There was a boxed set. I later, vaguely heard something about an Alien 4 had come out. But I was able to pretend that it didn’t exist, á la the Dune prequels. Alien vs Predator seemed like a franchise all its own, and one I’m not terribly interested in, so I just ignored it.

Then, last week, my dad asked if we’d take him to see Prometheus for Father’s Day.

**Warning: I tried to keep the Prometheus spoilers to a minimum, but there may still be a few. Read at your own risk, kids.**

Before I get into this, I should mention that I live under a cultural rock. We barely go to the movies, and we don’t have television.  This living under a rock thing works well for me as an author, but as a member of society, often it renders me clueless.

And for a while, in the theater, I really thought we were watching an original piece.

I enjoyed the beginning. I liked all the strong female characters. I loved the android, David, who was the most nuanced of all the characters in the film. The scenery was breathtaking. And I liked all the little sly nods to iconic sci-fi films. There was a Space Odyssey: 2001 moment. There was a Star Wars: New Hope moment. There was an Alien moment. And then there was another Alien moment. Then another. And after another half hour, all the actors were sweating and whispering and staring at the walls like Sigourney Weaver and I thought I saw something that looked like an alien sculpture on the wall. And then a few blatant Alien-esque things happened that I just couldn’t ignore. 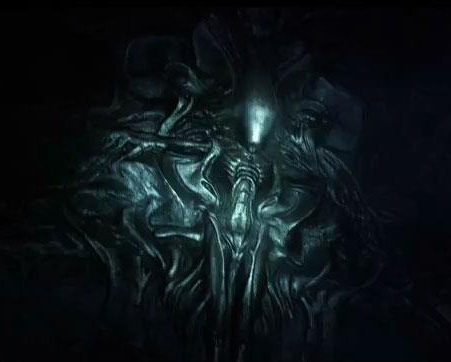 I got that I’m-watching-a-prequel-feeling, and I was so disappointed.

The plot and storytelling problems in Prometheus have been well-analyzed in other blogs (writer and artist Mariah McCourt posted an excellent piece about the movie’s story issues here) so I’m not going to repeat that here.

My problem with it? Here is an example of a mediocre prequel dragging down a franchise. Prometheus isn’t a great film, but on its own – if it weren’t a part of the Alien timeline – I probably could have accepted it, sketchy plot line included. As an origin story for the aliens, it was weak. In fact, I’m still not sure what we got was an origin story. I don’t feel like much was explained in that department. All we really got was a jumping-off point for another film in the Alien franchise.

It reminds me of the last Star Trek film, which featured an alternate time-line, so that Gene Roddenberry’s successors could make as many prequels as they want, rewriting the Star Trek original series if they desire, and continuing to milk the cash cow that is Trek.

For me? I’d like to see a writer trot a new cash cow out of the barn. Write me an original sci-fi that I can get excited about. Because really, what tired franchise is going to be prequelled next? Are we going to find out how the Predators settled on hunting as a national sport? Will we get a plotline about a subculture of PeTa-like Predators who oppose hunting and hold rallies in orbit while the Predators try to land and hunt on Earth?

Actually, never mind. I would totally watch that.

One thought on “Prequels – when there’s nowhere to go but back.”