It’s Valentine’s Day and I’m willing to bet a ton of cheap chocolate that a lot of people will be watching romantic films this evening. Rom-coms, tearjerkers, An Affair to Remember. The Notebook. Anything with Meg Ryan and Tom Hanks in it. All of that will be hot property on Netflix streaming video tonight.

But not in this house. We’ll probably be watching a film that features spaceships, dinosaurs, or a cunning combination of both. Still, in honor of Valentine’s Day, I thought I’d post a list of lessons I’ve learned about relationships from some of my favorite movies. After all, love is everywhere.

The Hitchhiker’s Guide to the Galaxy: Odds are, the last surviving member of your species will probably not be attracted to you. 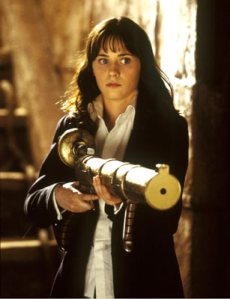 She's just not that into you, Arthur Dent.

Superman: Like your mother said, always wear clean undies. You might get into a car accident, or you might meet a nice boy with x-ray vision.

Mars Attacks: Love happens when you’re not looking for it, like when you’ve both been abducted and decapitated by Martians. 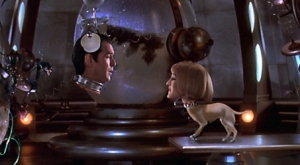 This has to be true love.

The Blues Brothers: Don’t fall for a musician just because he makes beautiful music. He’s probably a wretched human being. Before you know it, you’ll be all alone in your hair salon or diner, with no short order cook, no man, and a manual about rocket launchers. You’ve been warned. 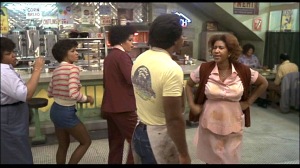 Even after Aretha's epic performance, the bastard still left her for Jake and Elwood.

The Lord of The Rings trilogy: You cannot compete with an elf. Don’t try.

Speed: Relationships based on intense experiences never work. So you should be fine if you decide to date Keanu Reeves.

Office Space: Go poking around in your partner’s sexual history, and you’ll have earned your nightmares. It will serve you right if you can never look your boss in the face again.

Both Iron Man films: Don’t date your boss. Or your secretary. Or the journalist who’s been assigned to your beat. Or the secret double agent who has been posing as your employee. Just don’t. 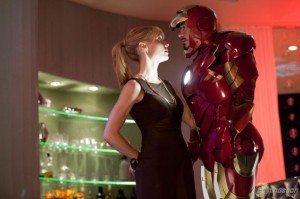 O Brother, Where Art Thou? Is your significant other more trouble than your seven small children? Did he get himself imprisoned? Does he start fights in the Woolworth’s? Is he incapable of doing anything legal, even by accident? Just count to three.

Give your spouse this look and he'll settle right down. Or wither.

The Empire Strikes Back: Before you lay a wet one on your male friend, you may first want to verify his paternity.

This is a bad idea, especially if you know you're adopted.

Alien: If you don’t use protection, you may end up carrying the offspring of someone you hate.

Had this guy been wearing a spacesuit, or a helmet or even a mask, this unfortunate situation could have been prevented.

A Bronx Tale: If someone lets you into the passenger side of a car, reach across the car and make some effort to get the driver’s side open for him or her. I don’t care if automatic locks have rendered the point moot. Your date has probably seen A Bronx Tale. If you don’t pop that door for your date, he or she will have passed Chazz Palminiteri-esque judgment on you before even getting into the car. 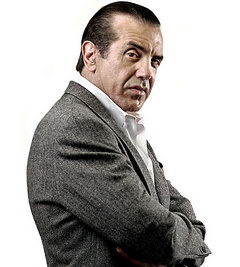 "Listen to me, kid. If she doesn't reach over and lift up that button so that you can get in, that means she's a selfish broad and all you're seeing is the tip of the iceberg. You dump her and you dump her fast."

Did I miss any films? Feel free to post your own in the comments!

15 thoughts on “Valentine’s Day at the movies.”